“Black Saddle 12 Year Old Straight Bourbon Whiskey is a Kentucky straight bourbon was matured for at least 12 years in charred, American oak casks before being bottled at 90 proof. As a result of this maturation process, the bourbon has a rich amber color along with an aroma of spicy nougat, creme brulee and hard candy that gives way to notes of pepper spices, toasted cinnamon, and hints of vanilla.

The bourbon earned the Double Gold Medal at the San Francisco World Spirits Competition in 2014, where it was named the Best Small Batch Bourbon.” For complete tasting notes and a history of this bourbon head on over to Caskers.com.

Backdrop Distilling is to be the Bend area’s fourth craft spirit producer and has just released thier first product, which is now available at East Bend Liquor. The distillery will be sharing space with Goodlife here in Bend. As soon as they are open Goodlife will be exclusively selling only Backdrop products. For more information about the Backdrop Distilling and the full story click here to be directed to the Bend Bulletins website. Their first product to have a home on our shelves is their vodka which is distilled from wheat and costs $28.00. 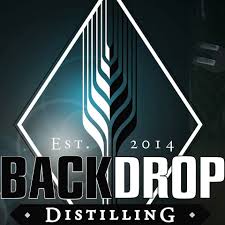 “Big Bottom continues the tradition of finishing our spirits in wine casks by introducing Barlow Trail, Port Cask Finish. We use our proprietary American blended whiskey as the base whiskey and finish it in a 10 year Tawny Port barrel for about 6 months. It presents a bright, sweet berry and citrus nose. On the palate, it showcases a fresh, ripe berry followed by a small hint of peppery spice that gives way to a very smooth, rich and malty quality from the French Oak Port casks. Barlow Trail, Port Finished Blended Whiskey won a Silver Medal at the 2015 American Craft Spirits Association (ACSA) Awards.” To learn more about the Hillsboro owned Big Bottom Whiskey check out BigBottomDistilling.com. 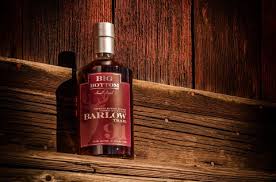