So to start off our new products we received some higher end Absinthes; Nouvelle Orleans which “represents a tribute to the City of New Orleans, which served as an epicenter of absinthe culture throughout the Belle Epoque. Its heritage is firmly rooted in the original absinthes that gave rise to such timeless cocktails  as the Sazerac and Absinthe Frappe. The incomparable flavour is derived from a full compliment  of Grande Wormwood (Artemisia absinthium) and a wealth of other rare exquisitely cultivated Euoropean botanicals traditionally used.” And the Jade 1901 Absinthe which “was faithfully recreated by analyzing antique bottles of the original liquor dated cerca 1901. Jade 1901 Absinthe represents a painstakingly accurate tribute to one of the finest original absinthes of the 19th century. Jade 1901 resurrects the bold flavour and fragrance that earned the original brand its distinction as one of the premier absinthes of the Belle Epoque.” We also received a new tequila, Tres Agaves, and that is available in both Blanco as well as Reposado.  Last but certainly not least, we now have  limited edition Tanqueray Old Tom Gin. “In 1835, Charles Tanqueray, distiller, entrepreneur, and innovator, made his first explorations into the old tom style of gin, perfecting the recipe in the years that followed. Almost 180 years later, Tanqueray master distiller Tom Nichol has drawn inspiration from Charles’ closely guarded recipe in crafting this old tom gin. It is lightly sweetened and infused with the finest botanicals, producing a gin that is perfectly suited for classic cocktails.” (All quotes in this blog have been taken directly from the bottles description, and do not necessarily reflect East Bend Liquors opinion of the products). New products are arriving weekly, so don’t forget to follow us on Facebook and Twitter to stay up to date with all the great products that are coming in! 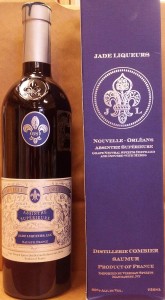 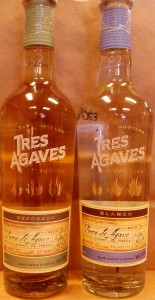